You are here: Home / Pepsico

Former N SYNC member, Joey Fatone joined forces with Pepsico, KaBOOM!, a national non-profit, to kick off the Orlando launch of the Pepsi S.M.A.R.T. program to promote active, healthy lifestyles by building a new Smart Spot playground at the Devereux Florida Family Support and Visitation Center [DFSVC]. 200 corporate volunteers including Sprint built a new playground from the ground up in just six hours.

Playgrounds, music, and dancing are important because they encourage kids to move more and have fun. The new playground featured a rock building wall and other fun activity stations that diverse children themselves designed. This was the 12th and final SMART Spot playground that the beverage company had partnered with KaBOOM! to build across the country.

Orlando Mayor Buddy Dyer made an appearance and music mix DJ and emcee, DJ Carl© curated the customized the top 40 music playlist during the playground construction which started at 7:00am sharp.

Pepsi Party “Every Client is a Celebrity” 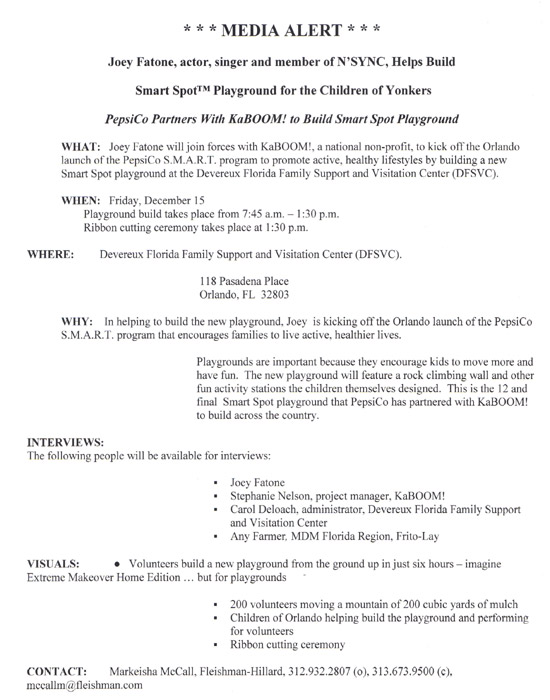