You are here: Home / Detroit Tigers

The Detroit Tigers hired music mix DJ [SONG LIST] and emcee, DJ Carl© to curate music for the Tigers MLB Diamond Gala. It was a corporate event that featured celebrity Billiards champion, Jeanette Lee, “The Black Widow”. The Black Widow’s nickname came from friends because she would “eat people alaive” when she got to a pool table.

Though the Black Widow was suffering from the flu, she was very happy to compete against several sponsor reps, players, coaches, and team manager, Jim Leyland.

The night was fun. It included pool playing, casino tables [fake money of course], silent auction, dancing, and two real tigers that made the event diverse for all those who attended. Donated funds went to four local charities:

The event marked 75 years of Spring Training in Lakeland, Florida. Over the decades, millions of Tigers fans had the opportunity to experience the thrill of major league baseball spring training and the magic of meeting Hall of Famers and World Champions at Comerica Park.

To commemorate the milestone that is recognized as the longest standing relationship in Major League Baseball, the Detroit Tigers hired Eventrics to celebrate with the City of Lakeland in a most historic manner. The images were captured from Kristal Cabello and the above video from a local videographer, Roger C. Van Duyn. DJ Carl© was happy to be named the Executive Music Curator.

Detroit Tigers News “Every Client is a Celebrity”
photos: kristalphoto.com 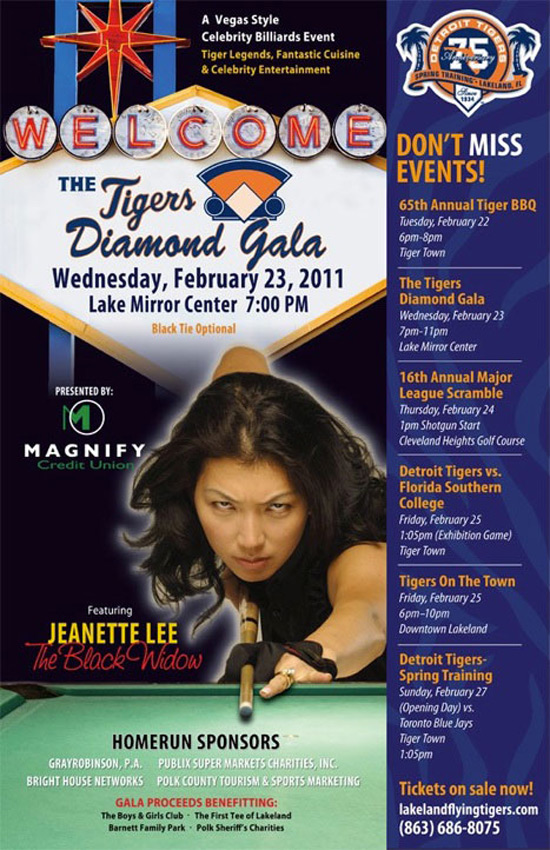 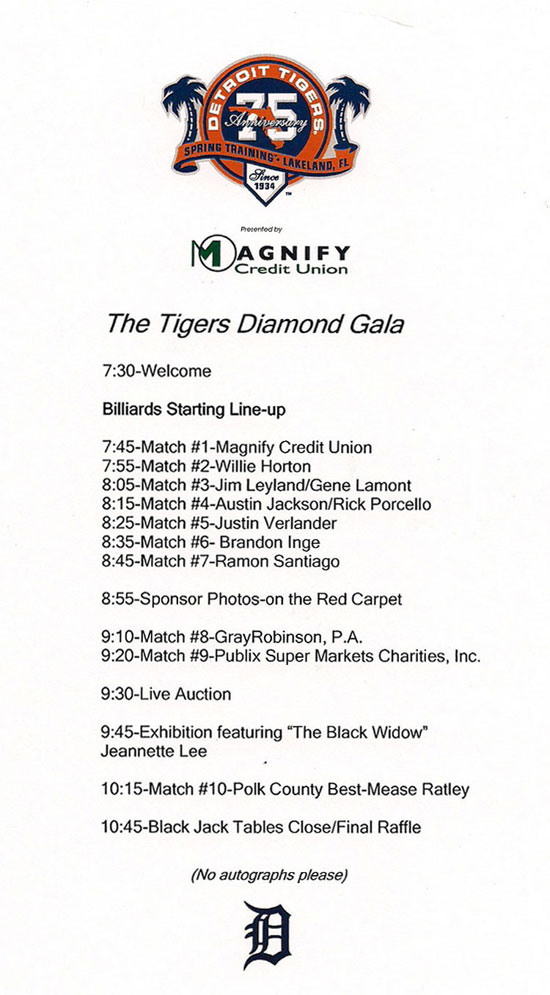 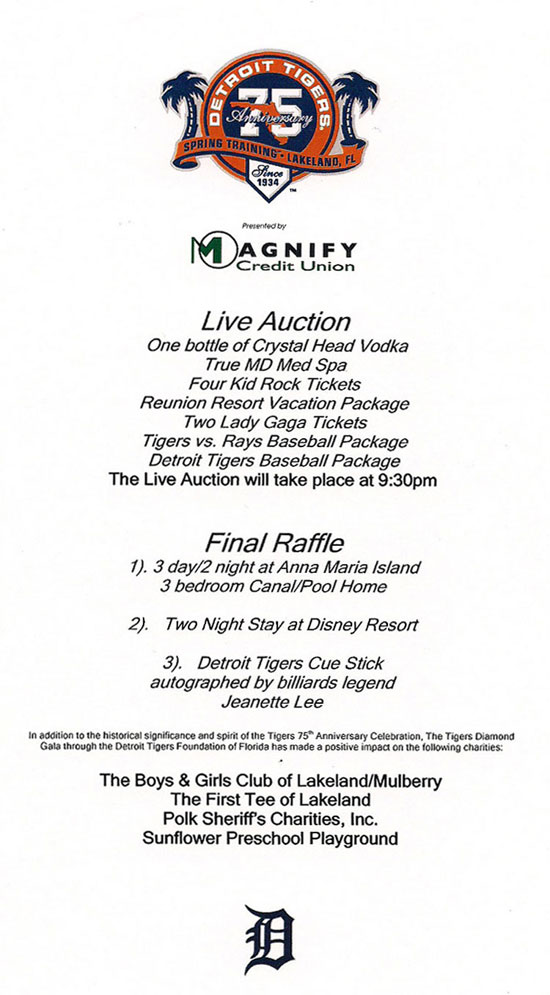 These were the sponsorship packages that sold-out for the event